“Dave and Maggie broke up,” Charlie told me, as he set his phone down on the counter.

“Oh, I liked Maggie,” I said, with a mouthful of my morning Cheerios.

“Eh, she was a bitch,” Charlie replied.

“Well, Dave’s pissed. I guess she cheated on him.”

“Oh yeah, fuck that bitch, then. Is Dave doing ok?”

I didn’t really care how Dave was doing. He’s kind of an asshole and I definitely get why Maggie would cheat on him. Of the two brothers, Charlie was the catch. I mean they both look similar, obviously, as they’re are brothers. Both tall and thin, not lanky, just lean and toned. Slight scuff on the face. Blueish greenish eyes. Charlie is a smart guy, has a good job, and is an all around good guy.

Dave, on the other hand, wasn’t the sharpest tool in the shed. He was two years younger than Charlie. He didn’t go to college, always had odd jobs and couldn’t keep a steady one. I guess I never got what Maggie saw in him in the first place. He was kind of a jerk to her, and she was always so good to him. He must have been good in bed. If he was anything like his brother in that department, he definitely was.

And Maggie. Oh my god she was so pretty. And smart. She was a nurse at the local hospital, and had her sights set on med school to become an oncologist. I had a feeling Maggie was starting to think Dave was just going to use her as his meal ticket and she didn’t want to get stuck supporting him.

“Dave is bummed out so he wants to stop over for a beer or two later, that ok?” Charlie asked me as he was about to head out the door to work.

“Yeah I’ll text you, we can decide what we’re in the mood for later.”

Ugh, I definitely had no desire for Dave to come over later. I’m for sure not looking forward to my boyfriend’s brother bashing his ex girlfriend, who I actually liked way more than him. Whatever; I figured maybe I’d have a beer or two and call it an early night and let them have a bro night.

Throughout the day, I couldn’t help but wonder who Maggie fucked, or where she met the guy, or how Dave found out. I bet she fucked a coworker; probably a doctor. I wonder if it’s even true. I would wager it’s way more likely he cheated on her. I could tell Dave liked to stick his dick into any girl who so much as smiled at him.

The work day went by, and I ended up getting out way later than I wanted to, close to 7:30. Charlie texted me just to grab a pizza, which he had already ordered and placed it under my name, Krista. He told me he grabbed the beers and that Dave was already at our house. Lovely.

So I got back to our place, and I could see that Dave and Charlie were already a couple of beers ahead of me.

“Hey babe! Thanks for bringing home the pie!” Charlie said, as I walked through the door.

“Hey Krista,” Dave said barely looking up from his drink.

“Hey Dave, sorry about Maggie,” I said to him. “You’ll find someone better soon!”

“Yeah thanks, we’ll see,” he replied.

I set the pizza down on the coffee table in the living room, kicked off my shoes off and joined them on the couch.

“Let’s dig in! Hey throw me a beer” I said excitedly. I was starving, and I definitely needed a drink.

So we ate, drank, chatted. Mostly chatted about Dave and Maggie, and how he felt and what he as going to do. He did admit that he “fucked up” and could have been better in the relationship. He should have been more attentive to her and appreciated her more.

He said one of the biggest problems they had was intimacy. She wasn’t as open or sexual as he was. He liked to have sex. Maggie had to be in the right mood. Dave said that Maggie treated sex as a chore. He wanted it to be fun and experiment, and she wanted to be as vanilla as vanilla could be.

“Oh man, I definitely could see that,” Charlie snickered. “She definitely came off as a prude. You gotta find a girl like Krista, she’s up for anything, haha.”

I almost spit out my beer, but I choked it back.”

“Yeah,” Dave said. “I told her one of my coworkers asked if we would be down and I told her I’d ask Maggie. She did not respond well. She basically considered that cheating.”

“Yeah Dave,” Charlie chimed in, “Whenever me and Krista have threesomes, we talk about it first, and Krista picks the girl, not me.”

Dave just paused, and looked at me. Just undressing me with his eyes, I was sure, picturing me with another girl.

Gee thanks Charlie, I thought. Let’s let this dude into our private love life.

I didn’t really care though. Charlie was right, I am very open. It’s no secret that I’m sexual. And at that point in the conversation I started getting a little horny thinking about one of our threesomes with another girl. Sometimes I think I like women more than guys, but I don’t think I would have a relationship with a girl. I just like sex with girls. Threesomes with Charlie at least gives me an excuse to have sex with a girl, while also giving Charlie the opportunity to see another girl naked, and technically neither of us is cheating. In my opinion, threesomes make relationships stronger as long as everyone involved is on the same page.

We all had a good laugh.

“Hilarious, Krista,” Dave said. “You know, it’s always the guy’s responsibility, isn’t it? Even when it’s two guys and a girl. You still just get to be there while two guys go to town on you!”

“Come on Charlie, find a guy and we’ll try it out, haha,” I said to Charlie. I took another sip of beer and I caught the two brothers glance at each other. I couldn’t even control it, it was almost subconscious, but as I saw the glance, I got extremely wet.

Come on Krista, get your mind out of the gutter.

Too late. I could see the guys’ minds were already racing. I wanted to see if I could get them as hard as I was wet.

“So you guys ever tag teamed a girl together before?”

As I said that, Charlie almost fell off the couch, and Dave’s eyes widened and I took a glance down at his jeans and I was pretty sure a bulge was growing.

“First time for everything,” I said, winking at Dave. “What are you waiting for? I want to see who’s bigger.”

With that, I took off my shirt, and slid down my leggings; at that point I was only wearing my bra and panties. I helped Charlie take off his shirt, as Dave hastily undressed. They were both down to their boxers now, and I could see both of their units swinging underneath. Definitely getting hard. I went over to Dave, looked him in the eye grabbed his boxers and pulled them down past his hard cock. He was huge. Just like Charlie. They were both thin guys, and it seems to be proving the theory that all thin guys have big cocks. I’m two for two, that’s all I know.

I touched my tongue to the tip of Dave’s cock, and licked up the tiny bit of pre-cum that was flowing from the tip. I then put both my lips around the head, and sucked slowly as I moved the shaft into my mouth. As my lips got closer and closer to the base of his penis, close to his balls, I could feel the tip of his cock reaching the back of my throat. I loved that feeling. I could feel he wanted to cum. I absolutely was not about to let that happen. I slid the cock slowly back out and squeezed the base, massaging his balls slowly. I started stroking his cock again with my right hand, slower, and slower…. Slower still. My saliva created the perfect lubricate as I masturbated my boyfriend’s brother. I was going to show him how hard I could get him. And when I was done with him, I was going to make sure he had the strongest orgasm he’d ever had.

Charlie was fucking me doggie so good. Pushing the entire length of his dick in and out of me. I kept getting wetter and he kept slipping in and out so effortlessly. As he pushed in deep, I could feel him hitting my g-spot. He was so good at controlling his orgasm. His stamina was top notch, and he never busted until I came at least three times.

Charlie reached his left hand underneath me, and started playing with my left nipple.

“Mmmm, that feels so good,” I said. “I fucking love how you play with me”

I dropped Dave’s cock from my hands and looked up at him.

I moved forward and slid Charlie’s cock out of my pussy and turned facing the other direction. I reached behind me, which is where Dave was now, and grabbed his dick and guided it into my pussy. I moved my ass back, thrusting him as far into me as I could.

“Mmm, you’re a big boy,” I said, enjoying every inch of him.

“Oh my god, this is so fucking hot,” Dave said, clearly enjoying this.

I gripped Charlie’s throbbing cock and tasted all my pussy juices that were coating it. I loved how my pussy tasted. I would love to eat myself out. But seriously, I love how all pussy tastes, and tasting it on my boyfriend’s cock was a huge treat.

I sucked on Charlie’s dick, vigorously, the way I know he likes it. I massaged his balls, and at the same time took my index finger and played with his perineum. We both loved asshole play, and I wasn’t going to deny him of that today. I never knew I would, but I absolutely loved sucking a giant cock while getting fucked by an equally giant cock. I never wanted it to end. I came, and I came again.

I could feel Dave about to bust, so I moved forward, pulling him out of my pussy. I turned back around toward him, while still gripping Charlie’s manhood with one hand, I grasped Dave’s with the other. I pulled both cocks toward each other so they were almost touching. I thrust them both in my mouth at the same time, gleefully tasting my pussy on Dave’s dick.

I took both of them out of my mouth and just continued jerking them, one in each hand.

“Lot’s of pizza left,” I said, leaning my naked body over the pizza box and snagging a slice. “Eat up, boys.”

3 thoughts on “His Brother” 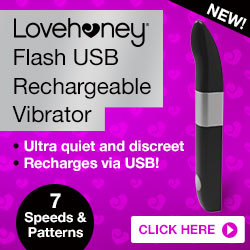 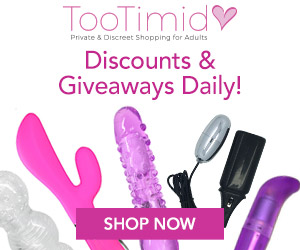